After iOS 15 email marketing was changed forever, and email open rates are no longer important, right? Wrong. Since the moment that iOS 15 was a gleam in Tim Cook’s eye, self-styled email marketing experts began advising that you could start ignoring open rates because, and we quote, “they are no longer accurate” and “they are artificially inflated by iOS 15.” To paraphrase a beloved children’s story, this is terrible, horrible, no good, very bad advice.

For one thing, while they may like to think otherwise, Apple does not dominate the email realm. Yes, they are
a big player, but they are not the biggest. Typically the largest number of email addresses on any B2C mailing list (and even some B2B mailing lists) are Gmail addresses. And you had better believe that Gmail still monitors the open rates of the email that you are sending to Gmail users, and Gmail inboxes.

“But wait”, you say, “if someone is using a Gmail address, and is reading their email on an iPhone, and is using the iOS mail app to read their Gmail email, and has opted in to the iOS 15 email privacy options, then that will count as an open even if they don’t open our email.”

Read that again. All of those conditions have to to be true for that Gmail user’s email to trigger a false iOS 15 open even if they didn’t open your email.

And do you really think that the majority of iPhone-owning Gmail users are checking their email on Apple’s iOS 15 mail app, when Google has made it so easy to, and encourages them to, use the Gmail app?

There is some confusion about the iOS 15 email privacy update, so let us be clear: If a Gmail user is using the Gmail app on their iPhone, even an iPhone with iOS 15, their open rate is a real open rate. And you should care about it.

If an Outlook or Yahoo subscriber (the second and third most-used email providers) is using any email app on their iPhone other than the iOS mail app, their open rate is a real open rate too.

And you had better believe that Outlook and Yahoo, along with Gmail, are looking at your open rates.

Here’s the thing: many email marketers are used to looking at open rates primarily (if not only) for one thing – how engaged are the people on their mailing list so that they can sell them something. But that’s just one side of the open rate coin. They often forget that the other side of that open rate coin is that their open rate, the one that every single inbox provider is monitoring, is a big factor in whether the email they are sending is going to go to the inbox or the spam folder (or nowhere at all). Those inbox providers, they don’t care about whether you make a sale or not. They care about whether people open your email because that is an indicator of whether their users even want your email. So if someone tells you that open rates are meaningless and that you shouldn’t be tracking them, they are steering you wrong, from both sides of the coin. Frankly, it’s lazy email marketing, and we’re pretty sure that at least some of the email marketing “experts” telling you that you shouldn’t bother tracking open rates were themselves just waiting for an excuse to not have to be diligent about monitoring their email marketing metrics.

The thing that many email senders don’t think about with all the “the sky is falling because Apple is artificially inflating open rates” stuff is that when it comes to open rates, deliverability at a given inbox provider is closely tied to the open rate at that inbox provider. That seems obvious, but is lost with the sky is falling stuff. And, not to put too fine a point on it, but for a given email address at a given inbox provider’s open to be impacted by the iOS stuff (i.e. register as a false open), that particular email has to have been delivered to an iOS device AND the user of that device has to have opted in to the email privacy options, AND they have to be using the native iOS mail client to read that email.

Much more importantly, the important metric is “what is your open rate doing now?” Open rate is still a very good predictor of what your deliverability is doing. If it’s going down, that’s cause for concern, if it’s going up, hurray! Changes in relative open rate are (almost) iOS 15 agnostic (we say almost because of course people get new iPhones every day which can slightly impact that, but the big iOS-15 adoption bump already happened).

And while we’re on the subject of open rates, we advise that, as a general rule of thumb, if someone has not opened the last 4 emails you have sent them (assuming that you send fairly regularly, which we also advise), that you remove them, because non-openers hurt your deliverability. And you can’t know that you have non-openers if you are not tracking your open rate, now can you? However, lots of places don’t do this (and their email ends up in spam folders because of it). Also, the larger the organization, and the larger their list, it seems the less likely they are to remove non-openers because they just don’t care; even if a small % of the email they send is actually making it to the inbox they are blissfully ignorant and unaware that they have a spam foldering problem, because lots of people are still receiving and opening their email (even if it’s just 10% of the email they are sending). We actually just worked with a sender who had no idea that more than 90% of their email was going to the spam folder across all major inbox providers for at least a year! They just kept blissfully sending their email, every day, to hundreds of thousands of email addresses, having no idea that only about 5% of their email was ever getting seen and opened. Don’t be like them. 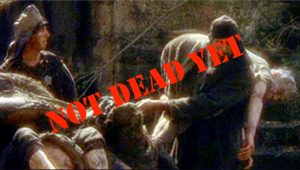 People who viewed this article recently: 505