Google is ending a pilot program that allowed political campaigns to bypass the spam filter, and they have filed a motion to dismiss the lawsuit that the RNC filed against them. Note that Google is not ‘restarting’ spam filtering in Gmail for political campaigns, as claimed by some, and that’s because they never stopped. Confused? You won’t be, read on.

This all came about because the Republican National Committee (“RNC”) accused Google of having a political bias in their Gmail spam filtering algorithms. You see the RNC just couldn’t believe that the reason that so much of the email that they sent ended up in the spam folder was because they were, you know, spamming. Oh, they knew that they were spamming, they just couldn’t believe that spamming meant their email should go into the spam folder.

So instead of stopping spamming they took a full-frontal assault approach to try to force their way into your inbox. They did this by a) introducing a law that said that “political campaign mail was not allowed to be run through spam filters (that effort went exactly nowhere, and b) filing a lawsuit alleging that Gmail’s spam filtering algorithms have an inherently political bias because more of their email (they claimed) was put in the spam folder than was email from the campaigns of Democrats (Google just filed a motion to dismiss based on the RNC’s complete failure to actually state a credible claim – you can read Google’s Motion to Dismiss here).

Google countered by doing a very shrewd thing: They went to the Federal Election Commission (FEC) and asked whether, if they developed a program that would allow political campaigns to bypass the spam filter, such a program would run afoul of campaign finance laws because it could be construed as Google giving an in-kind gift to the campaigns.

The FEC said that such a program would be permissible, and once Google got the ‘OK’ from the FEC, Google created that program, essentially saying to the RNC “Put your email where your mouth is.” Under the program political campaigns could register, prove to Google’s satisfaction that they weren’t spamming, and once having so proven they would be accepted into the pilot program and then they would bypass the spam filters at Gmail altogether.

The RNC never applied to the pilot program. While over 100 campaigns did apply to and participated in the program, the Republican National Party was not one of them.

Says Google’s Motion to Dismiss “As the Complaint makes clear, the RNC has chosen not to participate in Google’s FEC-approved Pilot Program.”

One of the things that Google revealed in its Motion to Dismiss is that the pilot program is going to end at the end of this month (January, 2023), explaining that “In August 2022, and at Google’s request, the FEC authorized a pilot program for bulk emails sent to Gmail users by authorized candidate committees, political party committees, and leadership political action committees registered with the FEC (the “Pilot Program”). The Pilot Program was made available to all eligible participants on a non-partisan basis… Rather, the purpose of the Pilot Program is to help ensure Gmail users receive the emails they want to receive. The Pilot Program is scheduled to run through January 31, 2023” 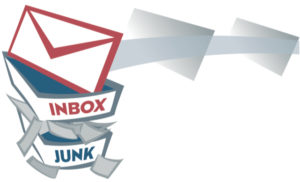 People who viewed this article recently: 30