From the Desk of the CEO: Today we are celebrating both the dawn of networked email, and the person who sent the first email, Ray Tomlinson. In October, 1971, Ray sent the very first networked email. To be sure, the computer to which he sent it was barely 3 feet away from the computer from which he sent it, and yes, he had sent it to himself, but nonetheless, it was groundbreaking. Prior to that some computers had a rudimentary ’email’ messaging system through which one person could leave a ‘mail’ message for another person, but only on the same computer (sort of like a local dropbox). Sending one email to another computer was a Very Big Deal. It was also Ray who decided that there should be the “@” between the username and the domain (web address) of the email, and the rest, as they say, is history.

That history brings us to the #QWERTYUIOP that is floating around the Internet right now, associated with Ray and the 50th anniversary of when Ray sent that first email. Internet and email lore has it that “qwertyuiop” was the message that Ray sent to himself in that first email. However, as Ray himself told the TimesOnline* in 2008, Ray did not actually recall the contents of that first email; he thought that it was “probably QWERTY, or another meaningless set of letters produced swiping one’s hand across the top of the computer keyboard.” Of the choice of using the @ between the name and the network address, Ray explained that there were a number of characters from which he could have chosen, but that of those “@ was best. Plus it conveyed a sense of place, which seemed to suit.” {*That TimesOnline article is no longer available from the source, and so the link is to the archived version at Archive.org.}

Ray also said that he had never imagined the spam problem that would eventually evolve along with the evolution of email and the email system as we know it today. As he shared during that Times interview, in 1971 “the number of people who used email was very small – maybe between 500 to 1,000. So if you were getting spam, you’d know who was sending it. You’d be able to say to them: that’s not a good thing to do.”

Of course the email landscape is very different now in many ways, some good, and some not so good. There is no denying that email helps millions of friends and families to stay in touch, and that it is the lifeblood of business communications; however neither can it be denied that email is a spammer’s delight, and is often the vehicle of choice for phishing and other malicious activities.

We at Get to the Inbox by ISIPP SuretyMail are proud to have been among those who, collaboratively, developed, furthered, and continue to enforce email best practices (you can read about the meetings at which those best practices were developed, nearly 20 years ago, here, if you’d like), but without Ray, and his having sent that first networked email 50 years ago, we suspect that the landscape would look very different today.

In honour of Ray, and in observance of the 50th anniversary of that first email that changed everything, and that led to such an amazing, global system of communication, we reached out to a few of our colleagues who have also been involved in guiding email, and shaping the email landscape, for their remembrances of Ray, for their observations about the state of email, for their predictions for the future of email or, really, for whatever they wanted to share. While each of them is deservedly well-known for their many contributions in many Internet-related arenas, we identify them here by the important roles they have played in fundamentally shaping the email ecosystem. Here is what they shared with us:

Inventor of TCP/IP, “Father of the Internet”, Presidential Medal of Freedom for Contributions to the Internet

“Ray Tomlinson was a key player in the Internet’s development. He was the inventor of networked email for the ARPANET, the predecessor of the Internet. He is correctly credited with selecting the “@” sign to separate the user from host in email addresses. He worked on one of the first implementations of TCP/IP for the TENEX operating system running on the DEC PDP-10 computer. He worked with Yogen Dalal to developed the TCP 3-way handshake when re-synchronization did not work as expected. He was a consummate engineer, focused on making things work and remarkably calm when others were losing their cool. I always enjoyed my encounters with Ray – refreshed by his expertise, candor and collaborative style. I am grateful that our paths crossed persistently and productively for many years. His memory remains evergreen for those of us lucky to call him friend and colleague.”

“Email is often declared dead and even more often despised. As a result of this very little standards work is done anymore to improve the authenticity or permission of Email. Meanwhile, the linkage of human eyeballs and brainwidth more or less directly to each Email address makes Email vital for account management, password recovery, personal and professional correspondence, and of course, spam. Email may be dead but it is also very much alive, and growing, and suffering. Messenger apps won’t change Email’s fate or utility. Being so vital to worldwide communication and commerce means that Email deserves continuous and radical re-engineering, and not brush-offs like ‘1995 called and they want your Email system back.’ I’d like to see some passionate visionaries take Email seriously, take Email back from the Big Tech agenda, and start working toward a vastly improved system by 2050.”

“I love “Network Electronic Mail,” or what most people call email. 50 years ago, no one envisioned email replacing physical mail nor being inundated with spam, phishing, junk, and malware! But the first spam I know of was sent by telegraph hawking real estate. However, “what is spam” should not be based on content. For example, there are plenty of legitimate real estate emails. That’s why I use Chris Santerre’s definition where spam is defined by a lack of consent. Consent is key! I often joke that someone could mail me the cure to cancer but without consent, it would still be spam. Today, we need a better way to document and verify consent. In fact, I see a great need for the next generation’s Ray Tomlinson to use technologies like digital ledgers to document consent and help prevent unwanted emails, texts, calls, and whatever the next 50 years brings! Thank you Ray and RIP.”

“What I observed at the Email Deliverability Summit is that it grew out of the disconnect between email senders and email inbox providers. I remember discussing with Anne about the two sides having similar objectives but fundamentally different perspectives, and asking why we couldn’t just talk to each other, which is what led to those first Summits. It’s astonishing to think that M3AAWG, such an important group far beyond spam, grew out of addressing that disconnect. Over the years I think that a healthy compromise has been reached on the BtoC front. However as I look at the marketplace today, I think that the next battleground is BtoB. So many of the same things are happening just with a slightly different scenario — marketing automation in a business context — and I wonder how it will play out this time around.”

Here’s to these and all of the other email pioneers of the past 50 years, and to those who, in the next 50 years, will continue to shape, push the boundaries of, and protect, this incredible communications system that we call email. And especially to Ray, who was the first to press ‘send’. 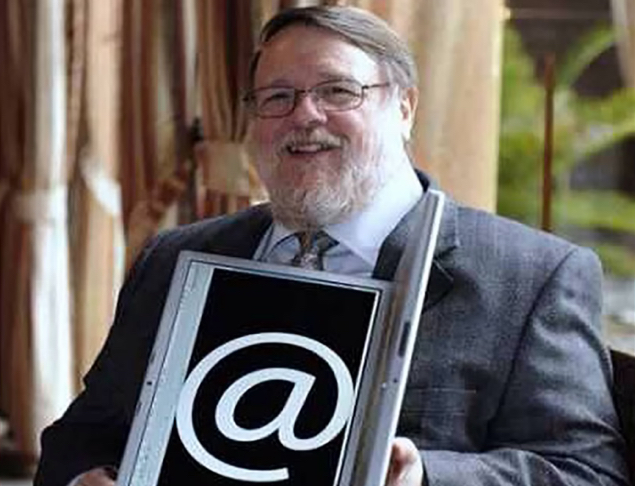 This website uses cookies to improve your experience while you navigate through the website. Out of these, the cookies that are categorized as necessary are stored on your browser as they are essential for the working of basic functionalities of the website. We also use third-party cookies that help us analyze and understand how you use this website. These cookies will be stored in your browser only with your consent. You also have the option to opt-out of these cookies. But opting out of some of these cookies may affect your browsing experience.
Necessary Always Enabled
Necessary cookies are absolutely essential for the website to function properly. This category only includes cookies that ensures basic functionalities and security features of the website. These cookies do not store any personal information.
Non-necessary
Any cookies that may not be particularly necessary for the website to function and is used specifically to collect user personal data via analytics, ads, other embedded contents are termed as non-necessary cookies. It is mandatory to procure user consent prior to running these cookies on your website.
SAVE & ACCEPT
More from Us
Will the Intuit Acquisition of Mailchimp Help or Hurt Mailchimp’s Brand?
Mailchimp Announces New Shopify Integration
Free stuff!
Close
Skip to content